Season Two of Queering has exciting things happening for Susan’s character, Val, and begins shooting in NYC after Thanksgiving 2018.

Her Little Red Productions has joined with Gancho Productions to help produce Season 2 of the award winning web series, which has screened at several int’l festivals as well as larger festivals in the US. Watch for BIG NEWS regarding Queering’s Festival News on Feb. 6th!!! Also, we’ve had over 1,000,000 views and Season 1 and 2 are both now available on YouTube!

To get more about this new series that has received over 130,000 hits for its first episode CLICK HERE 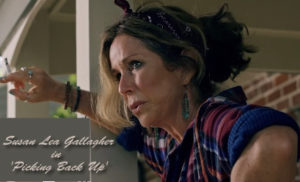 Picking Back up is screening at the California Women’s Film Festival in Hollywood CA at the Acme Comedy Theater (135 N. La Brea Ave. Los Angeles CA 90036) –  on July 13th

Susan is nominated for a best actress award at this festival so lets all keep a close eye on the website if you can’t make it! Click Here

This young lady is going places!! And getting recognition for it to boot. Congratulations!!!

You won’t want to miss the final season of the hit Netflix series Bloodline.  We, at Her Little Red Productions, are very thankful to Lori Wyman and Traci Danielle for the opportunity to work with this stellar cast and crew. Look for Susan as Lilyan Sanger and Mary Rachel as Judge Reens streaming May 27, 2017.

Long story short for the 12th annual Myrtle Beach International Film Festival: Of 63 screenings – including two primers that regaled audiences at previous fests – 51 are shorts, part of a packed menu with a variety of stories and subjects every day.

Since its inception, the festival took place at Carmike Cinemas’ Broadway at the Beach site, but with AMC Entertainment Holdings’ purchase of the Carmike chain in December, personnel at company headquarters changed, prompting the festival’s move, said Jerry Dalton, its founder and director, praising Grand 14 staff as “extremely excited” to welcome the fest.

“The topography could not be better,” Dalton said, noting how moviegoers can “walk right out” from the Grand 14 with a choice of neighboring restaurants, stores, and places to sit outside on benches, stroll, and listen to music, all “a really good fit.”

Asked how all the shorts arose for the lineup this year, sharing space with anchor features to close out several film blocks, Dalton said the choices by the panel of seven judges, regardless of length, simply scored the highest, to reach this “good solid mix” of “very emotionally stirring, deep films” in such genres, comedy, drama, love stories, and documentaries.

Dalton said most productions are mostly at least a year old, which adds to their appeal and reflection of their time and setting. Besides the coastal Carolinas and the United States, the countries represented are Austria, Australia, Belgium, Brazil, Canada, Germany, Hungary, Indonesia, Ireland, Italy, Switzerland, and the United Kingdom.

“People travel from all over the world to bring their films here,” Dalton said.

The access to converse at ease at the festival with so many filmmakers from all realms of the business – at social hours and question-and-answer sessions, and without “tuxedo-and-tie” formality – adds another perk, Dalton said, “even if you just like films, but don’t know much about the industry.” 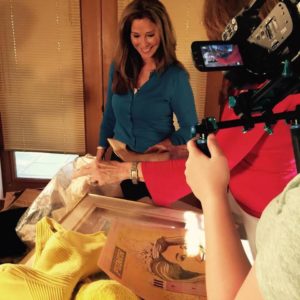 Susan Gallagher, director of “Beneath the Crown,” has booked her trip from central Florida. Her 19-minute short presents a biography of the late Sylvia Hitchcock Carson, who starting with a borrowed bridesmaid dress and a local pageant entry made by a sorority sister, would go on to win Miss USA and Miss Universe for 1967. The film will play during the 4-6 p.m. block April 19.

A Charlotte native raised in nearby Gastonia, N.C., who “grew up going to Myrtle Beach” on vacations, Gallagher sees film festivals as an avenue of access for all kinds of treasures in stories and biographies.

Such filmmakers, lacking “huge, multi-million-dollar budgets, she said, beam with “a dream and desire to tell a story,” with all “our heart and soul.”

Also a longtime actress, Gallagher said in making her debut documentary, even after Carson’s diagnosis with late-stage cancer, encouragement and commitment carried this project about such strength and “inner beauty” to completion, on “this personal journey with her and her family.”

“She was not your typical beauty queen,” Gallagher said, lauding Carson’s accomplishments as a sculptor, athlete, mother, wife, and friend, all with a caring nature. “She always had a fearless spirit about her.”

Impressed by Carson’s forgoing fame “to have a family and be low key,” Dalton said, “The emotional attachment you gain for this lady grows through the film.”

Dalton also said Chip White, a North Myrtle Beach native, is part of a crew making “great films,” earning a nod for this festival for a third straight year with a short – extending a path started with “A Chess Player” and “My Luchador.”

“Crab Trap,” about an alcoholic trying to regain trust from his sister, who has custody of his daughter, was filmed in Garden City Beach and Murrells Inlet. Leading to this film festival debut, it premiered March 6 at the Grand 14.

Based in Charlotte, where he’s a Fox Sports freelance promo producer whose spots air on the Fox and Fox Sports 1 networks, White co-produced “Crab Trap.” The four days of filming in September fell “right before Hurricane Matthew came through.”

Ultimately, the “bond” in teamwork in filmmaking “goes back to a good story,” said White, who sees how “Crab Trap” – written and directed by Shea Sizemore – could be made into “a bigger story” in a feature. From Q&A sessions after both free screenings on March 6, White said many of the estimated 250 total viewers were asking about the characters if they movie kept going, “Did they do this? Did they do that?”

“The Chess Player” was “kind of the same way,” he said, where “you could fill in more characters,” however, “My Luchidor” would lack any need for expansion, because “it nailed it in 13 minutes.”

His older sister, Vanna White, from “Wheel of Fortune,” is executive producer of “Crab Trap,” which Chip White said has been entered into 20 film fests already, and resulted from “a lot of support” from Grand Strand residents and businesses.

A father of a 17-year-old football and lacrosse player with whom he is scouting colleges, White said with precious free time to attend film festivals, he loves “sitting back and watching” audience members’ reactions through their faces, by “seeing things registering, and seeing them thinking about it.”

‘Perfect’ timing for festival ‘at our house’

Duane Farmer, the Grand 14’s general manager, said he has known White “since the 1980s” when they “worked in clubs together.” Farmer took in both showings last month of “Crab Trap,” and he’s eager to see the movie and White again, during the 5-7 p.m. block on the festival’s final day.

Farmer said the wait for a few years for the timing to land this festival begins what he sees as a tradition in helping grow the festival further.

“We’re so proud to have it at our house,” he said, calling this “little bit of a lull” between the “art-house Oscar” season and the “summer blockbuster” period that kicks off in May “perfect” for a film festival.

He also voiced the thrill for patrons to meet “directors, cinematographers and cast members” who haven’t been seen widely but aim for greater exposure for their works.

Many directors, actors and production players “started that way,” through marketing and networking at film festivals, Farmer said, naming Quentin Tarantino by example.

In order per time block, with each film’s country of origin (if not United States), and length in minutes parenthesized:

▪ Monday – “My Sweet Misery,” from 2009 (107 minutes), which was shot in film in Myrtle Beach, with question-and-after session afterward with Matthew Jordan, the writer, director and producer – and Myrtle Beach native – nearby at Tupelo Honey Cafe. 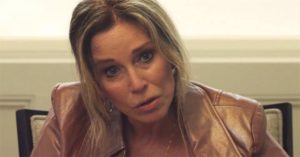 You may know Susan L. Gallagher from the film “Hidden Heart”, or the tv series’ “Safe Harbor” or “Treme”, but her stand out performance as P. I. Marley Michaels in “Boyfriend Killer” definitely displays an actress at the top of her game. To air on the Lifetime Network in 2017 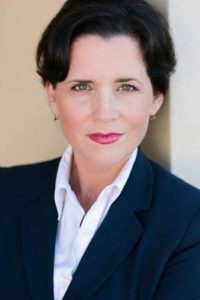 CONGRATULATIONS to Mary Rachel on booking LBJ with Woody Harrelson and Rob Reiner in NOLA. She plays the Honorable Sarah Hughes. She shares that you will not recognize Woody Harrelson. He (and Rob) is not only brilliant but a joy to work with.