Season Two of Queering has exciting things happening for Susan’s character, Val, and begins shooting in NYC after Thanksgiving 2018.

Her Little Red Productions has joined with Gancho Productions to help produce Season 2 of the award winning web series, which has screened at several int’l festivals as well as larger festivals in the US. Watch for BIG NEWS regarding Queering’s Festival News on Feb. 6th!!! Also, we’ve had over 1,000,000 views and Season 1 and 2 are both now available on YouTube! 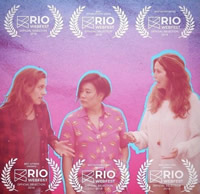 To get more about this new series that has received over 130,000 hits for its first episode CLICK HERE